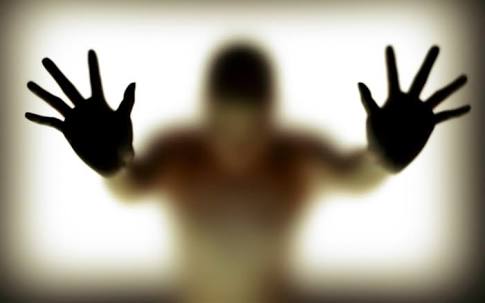 Hey Guys, Wassup!! Hope you all are doing great. Its been quite a while since I have spoken to anyone so today felt like sharing with you all my hidden emotions. Actually the fact is that I don’t like interacting too much with anyone not because I possess any ego issues. Honestly speaking I have always considered it a herculean task to share out my feelings in the open. I do have a lot of aspirations and beliefs but all of these always stay restricted to myself. But I am definitely not among those who consider themselves among the isolated & left out ones in this ruthless or complex universe.In fact I have two of my best buddies along with me who have always stood my side across every walk of life. On several occasions, there might have been some contrasting opinions between themselves but when it comes to me, both of them act as a shield to protect me from the challenges of rest of the world. They are ‘Mind’ & ‘Body‘ who are not just friends for me but my guardians, my companions & my protectors without whom it would have been difficult for me to imagine a life. In fact I have just realized that I haven’t introduced myself to you so far. Hi, I am ‘Soul‘.

All three of us have different methods of functioning but we work to achieve a common objective of happiness. The interesting part is that all of us have our own route of achieving happiness but what also is the unavoidable truth that individually we cannot achieve the state of being delightful if the other two are unhappy. It may sound a bit complicated at first. Let me explain it to you about one by one.

Let’s start with the macho one first. Body is the one who is involved in all the physical work. His job doesn’t appear to be too demanding but no one can ever imagine how much strength is involved in his work. He likes to stay fit and healthy and also manages to catch a lot of eye balls from the opposite gender. Probably that is why Mind & Body doesn’t get along at times because it is the Mind who creates all the visuals of attraction about the opposite gender but only Body manages to enjoy the physical pleasure of it. Well I seriously have no complaints from this scenario as I somehow manage to find peace in it. However, if Body goes unwell, is in some sort of pain or falls down to a physical state of fatigue, none of us are able to function. Rather all we have to do is wait for Body to make a come back and function again in its full form. He is in true sense a star and actually deserves all the attention that he gets as in a way, he is a true representative among the three of us in order to face the world.

But as usual Mind has his own share of opinions. Mind is the one who does all the thinking part and is actually the guiding force for the Body. According to him, it’s not the physical state of Body but the opinions that he shares which defines the three of us. He makes all the calculations in both professional & personal life situations and has the ultimate decision making authority which both me & Body has to follow. Despite of having the gigantic power to govern us both, Mind is also the most confused personality among the three of us. At times, he becomes so hesitant to conclude to a decision because of getting afraid of the consequences that may occur afterwards that eventually he begins to procrastinate. Its quite justifiable that the kind of situations which Mind has to face especially under unexpected circumstances, anyone would find it difficult to react and even may go blank. But as I said earlier, he is our true source of knowledge and wisdom, making him the most competent among us to handle this kind of responsibility and take important decisions for all three of us.

Now comes my turn to present my contribution to the lot. I am the one who does the least amount of work but still manages to create the maximum number of problems for the trio. The thing is that I have always ended up doing the opposite of what both of them work for. My ideologies and beliefs always walk on a contrasting track which Mind & Body could ever imagine to run on. I keep on popping irrelevant ideas to Mind as well as indulging Body into activities which he may not be prepared for. Both of them always try to figure out ways to make me come out of the imaginary & fairy tale universe I have created for myself and force me to face the reality. In fact both of them work day and night just for the reason that I can achieve a sense of satisfaction through other means. But like I told you earlier, probably I have a problem of articulating myself to others. I might not be fully capable explaining it to them what brings a true sense of happiness to me. That is why I stay restless most of the time because of which the other two has to suffer. I try to adjust myself with the surroundings and the prevailing conditions but the biggest limitation of mine is that I am unable to hide my emotions. I am like that piece of glass through which everything is visible and hence my current state gets reflected on both Mind & Body. You might have heard the phrase ‘the body getting stressed out’ or ‘the mind being stressed out’ in your daily conversations, but I will have to make a confession here to all of you that probably I am the most ‘distressed‘ among all of us.

Despite of such a distinct display of behavior by the three of us, we function collectively to run humans who in turn run this freaking world. We continue to fight our inner battles (In fact Mind & Body has an extra responsibility of fighting my inner battle as well) and ultimately a stage does come once towards the end of life where we all come at peace (which is more of a numb feeling). But I really wish if we could ever figure out some day to come at peace with each other without waiting for the end to come.

Well that’s all for now. It was really nice sharing my personal observations with you. Time for me to enter my imaginary world again till my partners in crime figure out ways to bring me back to the real world.
But don’t worry. I will be back soon.
Till then Good Bye!! Sayonara !!